I took the afternoon off to bake cookies for an annual cookie exchange in the neighborhood yesterday.  I worked until about noon and then sat down to lunch before rolling up my sleeves to get busy.  I scanned the headlines while I ate and realized that something bad had happened in Newtown, Connecticut.  As I read more, I felt sick.  Then I felt angry – really, really angry.  It surprised me how strongly I reacted, but then I went back through all the times I have had this same feeling of being sickened by tragedies caused by guns and I know why I’m so pissed off.  It’s because it’s still happening.

I reflected on the all that I’ve done in the past – the times that I have advocated for better gun control laws, for awareness, for legislation.  I’ve supported the Brady Campaign since its inception.  All of this in the past 20 years has changed nothing.  And that makes me really, really, REALLY angry.

How is it possible that we still allow this kind of thing to happen?  Is there any reason that a person needs to have access to guns whose sole purpose is to kill other people?  Don’t get me wrong – I’m not advocating against guns entirely.  I am simply asking if it isn’t time we stop the madness.  An article I read yesterday that really hit home was entitled “Kindergartners and Courage”.  In it, the author asks “How do we find ourselves asking kindergarteners to be more courageous in the face of a gunman than politicians are in the face of the gun lobby?”  And that is really the message here – the innocent victim is left to deal with the fallout and the gun lobbyists and the politicians wail and gnash their teeth bemoaning the tragedy.  But I place the blame squarely on them.  Why is this allowed?  Is this what the founding fathers meant when they crafted the Second Amendment?  Hell no.

Those parents undoubtedly bought some of their Christmas gifts already.  Those reminders of their loss will haunt them, mocking their sense of security. How could they possibly put their kids in harm’s way by sending them to school?  As a parent, how do you reconcile that?  I cannot wrap my head around it.

I have been hit by periods of sadness as we have made our way through the holiday maze this year.  I miss my parents and my sister a lot during this time when families draw close.  I am wistful for their absence and have memories come out of the blue that knock me over.  I get through it and know it’s a part of the process.  Yesterday, I was reminded that my loss is a normal part of life’s patterns.  One’s parents are meant to pass away before them, and a sibling may, as well.  Children?  No.  Not usually.  That loss would be so much harder to bear.  It defies understanding if you’ve not experienced it.

I had some pangs of guilt yesterday after I tweeted something with a really bad word in it.  It came into my head with such force and such clarity that I made the conscious choice to send it out unfiltered.  Those who know me probably would be shocked to hear such bad language but it was heartfelt and it came from a place of true frustration and rage over another senseless tragedy.  I almost went back and deleted it, but I chose to leave it out there.  I have to acknowledge that I am, indeed, really angry.  I can’t change the laws and I can’t fix the problem alone.  I can, however, express my opinion again and again and again, which I will do whenever there is an opportunity.  It doesn’t even come close to being enough.

I finished up the cookies and boxed them in festive holiday packages.  They look lovely and taste delicious.  Sadly, they feel like sawdust in my mouth.  This is a feeling I know well. It is the feeling of loss.  It’s as though I feel guilty about my ability to enjoy a cookie when those who’ve left us are no longer able.  Survivor’s guilt, I guess.

Over breakfast this morning, I read a personal account from Justin Peters, who writes for the Columbia Journalism Review.  He attended the prayer vigil in Newtown last night.  It was heartfelt and touching and brought home again the pain that is felt by so many.  It is pain that could and should have been prevented.

We bond together when things like this touch us.  We find comfort and solace in our shared pain.  I appreciate that, but what I want to see is a rising up of people who say we are mad as hell and not going to take it anymore.  One more mass shooting is too many.  How long will we continue to acknowledge the problem but do nothing about it?

For the children and families of Sandy Hook Elementary, it is now too late.  It’s up to the rest of us to make a change. As I recall from my earliest class on Civics, one’s rights extend only to the point at which they infringe on another’s.  I would say this is the ultimate infringement.

To all who have been touched by this tragic event, my heartfelt sympathy and prayers.  To the rest of us, I challenge you to step up and make a difference.  It’s time to put aside politics and do what is right for our children.  Make a stand for real change and reach out to your legislators to let them know that another mass shooting in anyone’s community needs to be prevented.  Let’s get this fixed.   That’s just common sense.

Tell me something good..... Cancel reply 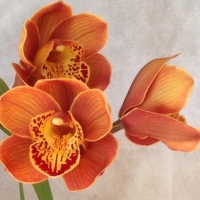 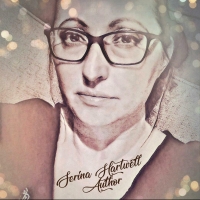 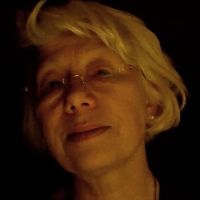 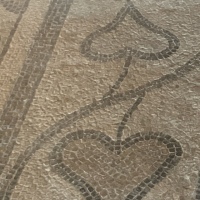